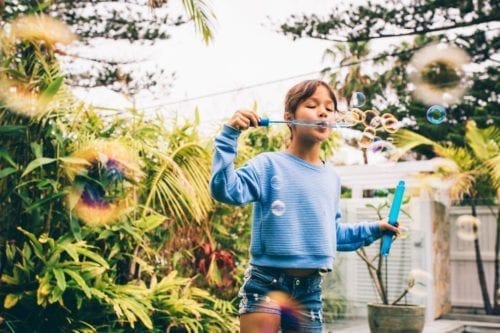 Dealing with pressing family matters requires action. Child custody investigations are a great option in most situations to improve a hostile situation. Many individuals throughout Clearwater may be unaware that it is a possibility. Hiring a private investigator is a smart move that is beneficial for uncovering evidence of abuse. Even with Child Protective Services (CPS), there can be a severe issue with prevention and attention towards abuse. A lot of damage can be avoided by catching problems early on.

In cases where you believe something is wrong, your pleas can fall on deaf ears. While CPS conducts their own child custody investigations, the case can fall victim to overworked employees. The system can sometimes be slow to act while providing no solutions. A former spouse may fabricate information and make it difficult for judges to make the right decision. A private investigator from Keck Investigation Service, LLC in Clearwater can provide detailed reports revealing false accounts. Then, the court can make a better choice and potentially change current agreements.

Why Hire a Private Investigator for Child Custody Investigations?

Even though abuse receives serious inquiries, individuals can find ways to avoid CPS investigators. In some cases, they are aware that it is coming. They may receive information from other family members and gain time to adjust the household temporarily. When CPS arrives to investigate claims, they will instead find nothing out of place. While children may sometimes reveal the truth about certain incidents, they are still victims. Studies have shown that abusers exert control over their victims and stop them from reporting issues. Part of child custody investigations include gathering necessary evidence and documents anyways. Getting a head start with a private investigator can show the court that you have an active interest in the wellbeing and safety of your son or daughter. Whether a court-appointed guardian or former spouse, there can be legitimate reasons to remove a child from the custody of another adult in Clearwater.

Clearwater residents should be aware of what is necessary to adjust guardianship and custody before hiring a detective. If you believe that an environment may be abusive or unfit, then child custody investigations can be critical. Other situations that can require removal of guardianship rights include:

Many of these situations can be hard to prove and will not result in removal simply due to accusations. Other times, you may be on the receiving end of false allegations. A former partner can form schemes to make it seem as though you are unfit to gain sole custody. Child custody investigations can provide you with an equalizer. If there is a conflict of interest with an individual, then exposing it will remove their eligibility. The Florida constitution states that a guardian cannot exploit their ward for financial gain. Despite attempts to avoid abuse, the current system of court-appointed guardians is sometimes criticized for rampant fraud.

What Occurs During Child Custody Investigations?

Clearwater clients working with a private agency will benefit from confidentiality and a closer look at their case. Just like CPS investigators, a detective will interview potential witnesses and compile information. However, they can do so by taking advantage of resources and even providing surveillance. A private investigator will typically have much more experience in investigative techniques in a wide range of cases. David G. Keck and Mark Lynn of Keck Investigation Service, LLC both have decades of experience in covert surveillance.

When a routine check is not enough to reveal wrongdoing, Clearwater residents should take action to make sure the necessary information is gathered. In situations where another individual has sole custody, communication can be difficult, and so can monitoring the wellbeing of your child. For child custody investigations and more, you can contact us by going online or calling us today at (727) 254-1994.